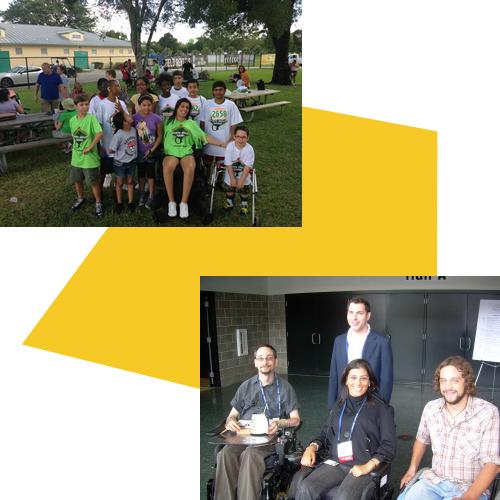 For over two decades, Sabrina has advocated for disability rights and other issues that impact the well-being of society. Since 2004, she has traveled the country speaking at scientific conferences at prestigious universities, including Harvard, Wisconsin, Stanford, Baylor College of Medicine, University of Michigan and Johns Hopkins University to raise awareness for the cause. She has also advocated on Capitol Hill and spoken at the United Nations.

Friday, October 22, 2010
Ability Explosion is a week-long series of special events, from “Lights Out Miami Beach” (A Dining in the dark experience) to the Crunch 5k Run, to celebrate the ABILITIES of people living with Disabilities, encourage their acceptance & promote innovations that will improve their lives. Panel Speaker, Sabrina Cohen
Biz-Ability Luncheon, Betsy Hotel

September 21-23, 2008
The 2008 World Stem Cell Summit: University of Wisconsin, Madison
Scientists at the 2008 World Stem Cell summit discussed the future of stem cell research in Madison and throughout the nation and how it depends upon the 2008 presidential election. The conference will had a number of disease specific panels including spinal cord injury, multiple sclerosis, cancer, diabetes, Parkinson’s, ALS, neurological disorders, cardiovascular disease, blindness and diseases of the eye where they discussed the science, foundation, industry and advocacy perspectives. Sabrina Cohen, Conference Speaker

October 2-3, 2007
The 2007 World Stem Cell Summit: Harvard University
– Boston, MA
Top innovators, researchers from around the world, clinicians, legal experts and advocates gathered to celebrate scientific achievements, confront challenges and chart the future of regenerative medicine. Discussions focussed on how cutting-edge biomedical research might impact your health and the health of your family and loved ones. Sabrina Cohen, Conference Speaker

Wednesday April 11, 2007
Presentation to Jackson Memorial Hospital – Rehab Department, Residents & Staff. Introduction to the Sabrina Cohen Foundation: Our Mission and importance of stem cell research – “What it means to you and the future of medicine” with Sabrina Cohen, Speaker. JMH /Perdue Medical Center, 195 90 Old Cutler Road

The 2008 World Stem Cell Summit at the University of Wisconsin
Hadassah Group Meeting. 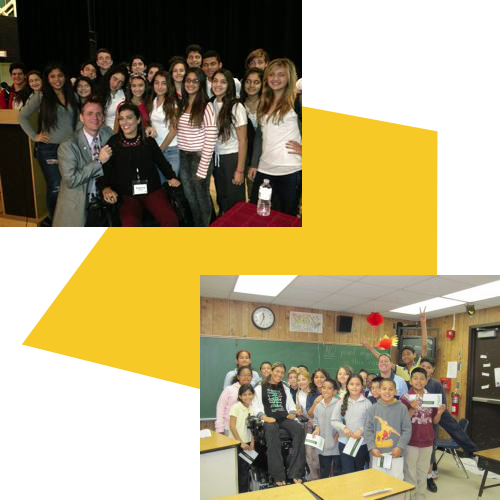 Since 1993, Sabrina Cohen has spoken to thousands of students about living with a disability, making the right choices in life and the importance of having an education. Since the inception of SCF, Sabrina has integrated a message of hope through awareness of stem cell research with her original message of empowering children to live out their dreams.

“Question and answer” sessions, post speaking appearances, help facilitate the education and awareness process amongst students. When requested, SCF provides “kid-friendly / grade appropriate” handouts to stimulate student curiosity about fitness, scientific research, and medical treatment. SCF also has a volunteer program in place to allow students to enroll as volunteers and participate in our fundraising activities during the school year, where community service hours are acknowledged.

November 15, 2013
Presentation to faculty and seniors from Miami Beach Senior High School regarding the 2013 Hall of Fame ceremony.

November 27, 2012
Presentation to the seniors at Cypress Bay Elementary about spinal cord injury prevention and education – with Senator Nan Rich, who passed the Primary Seatbelt Enforcement Bill in Florida – and Darrell Gywnn Foundation

If you would like to request the presence of Sabrina Cohen as a guest speaker for an event or function, please contact us with the specifics.
Email. sabrina@sabrinacohenfoundation.org

Let's build a beach for everyone, every day.